This project seeks to develop a model for evaluating the effects of migration on officially resettled refugees in the US as well as on the non-traditional sites in which they have been increasingly relocated in recent years. In particular, it focuses on the resettlement experiences of refugees in small cities in the US through case studies on two Vermont cities, Burlington and Winooski. As with many other small and mid-sized towns, rural areas and regions without the immigration histories and infrastructure of established gateway cities, these two cities have witnessed a significant influx of refugees and immigrants over the past several decades. Why are refugees increasingly placed in smaller sized cities? What has been the impact of this migration flow, not only on the refugees themselves but also on the communities into which they have been settled? How have refugees and their new homes been altered through this process? Such questions emphasize the need to look simultaneously at both refugees and placement sites in order to understand how each affects the other through this set of interactions. This model for understanding resettlement in new destinations, therefore, integrates expert knowledge with refugee, native-born, and host-community perceptions of the process. 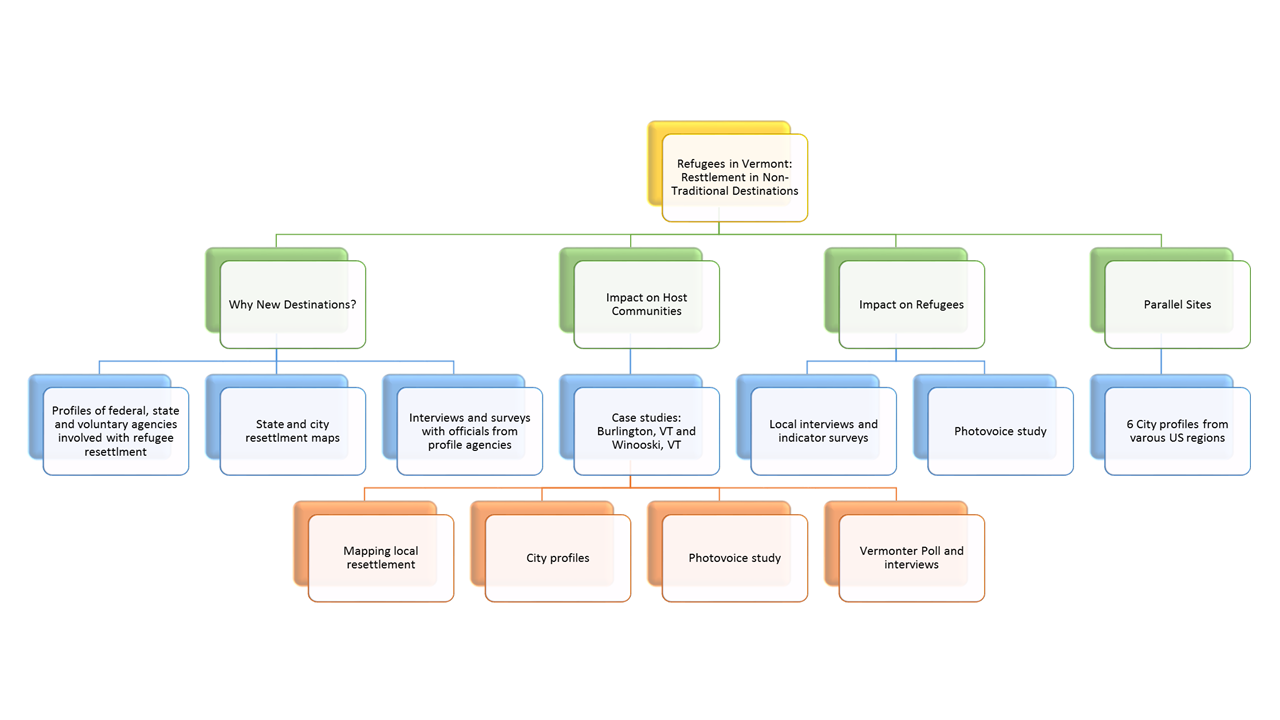 One of the major challenges to our study has been with defining certain key elements of spatiality, especially as it relates to defining small cities. In quantifying a “small city” for our research, population statistics as determined by a city, urbanized area, and metropolitan statistical area (MSA) all offer their own advantages and disadvantages and which is most effective varies on a case-by-case basis. Furthermore, the primary resettlement data used for this project comes from the WRAPS Annual Dataset, which gives the number of refugees approved by the individual offices of US resettlement agencies across the country, and not necessarily the exact city and towns where the majority of refugees in the area are initially placed. Due to the ambiguous nature of defining spatial concepts and the availability of accurate resettlement data, our analysis of certain resettlement trends throughout the project is at times constrained. It should also be noted that this study and any data used throughout the project does not account for secondary migration among resettled refugees.

This project is funded by the National Science Foundation––NSF Award#1359895.