How has the influx of newcomers affected new destinations? Is there evidence of change in the local landscape, in cultural practices, in politics, the regional economy or in other ways due to the arrival of newcomers? These are the questions we hope to address in this portion of the project, primarily through the case studies of Burlington’s Old North End neighborhood and the neighboring city of Winooski. 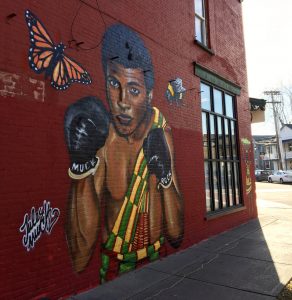 Mural in memory of Muhammad Ali on the side wall of Mawuhi African Market in Burlington’s Old North End. See “Knowing Your Neighbors” report by CVOEO for interviews with some of these North St. business owners.

This segment of the project consists of 4 major components:

In addition to our research on the impacted neighborhoods of Vermont, two studies conducted outside of this project by the Champlain Valley Office of Economic Opportunity [CVOEO] contribute to our understanding of how these communities are impacted. The first of these studies offers a graphical representation of some of the economic and demographic effects refugee resettlement has had in Chittenden County. The second is a report looking at the history of Burlington’s Old North End, particularly North Street, as a migrant destination, and some of the current businesses owned by New Americans that are shaping the community today. This includes ethnographic interviews of five business owners, as well as over fifteen other community members centered around starting businesses, existing community dynamics, and ideas for future community development.

1. The Demographic and Economic Contributions of New Americans to Chittenden County– By Alexander Duchac, CVOEO 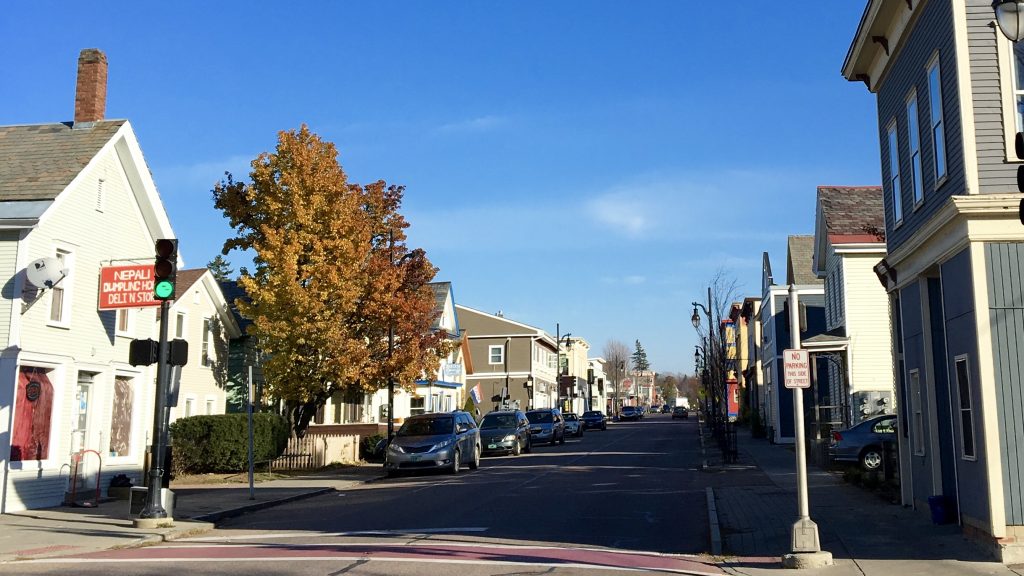 Looking up North St. in the heart of Burlington’s Old North End, with the Nepali Dumpling House featured to the left. See “Knowing Your Neighbors” report by CVOEO for interviews with some of these North St. business owners.