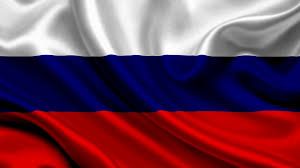 The current political system in Russia is based off the 1993 Constitution, which made Russia into a duel-executive parliamentary system.

Refugee resettlement is funded by the Ministry of Internal Affairs of the Russian Federation.

Settlement data for the Russian Federation was not readily available. However, according to a 2013 United Nations Report, Russia was second only to the United States in the total amount of immigrants. Many of these migrants are illegally in Russia and come from Commonwealth of Independent States, countries that have high poverty rates. For instance, almost 10% of Tajikistan’s population work in Russia due to average salaries being ten to fifty times higher in Russia than in Tajikistan[i].

Russia’s refugee policies are meant to help those from the Commonwealth of Independent States countries and former Soviet Union countries receive asylum in Russia (see Refugee Resettlement Overview). However, without accessible data, it is difficult to effectively evaluate Russian refugee resettlement. According to a 2016 NPR article, the Federal Migration Service reports over a million Ukrainians have sought refuge in Russia between 2014 and 2016 due to the ongoing conflict in eastern Ukraine. Svetlana Gannushkina, head of the Civic Assistance Committee, says that of all the Ukrainians seeking asylum in Russia, only 275 have been granted refugee status[ii]. Human Rights Watch reports that Russia has only given two Syrians refugee status since 2011 despite the country’s involvement in the conflict there[iii]. 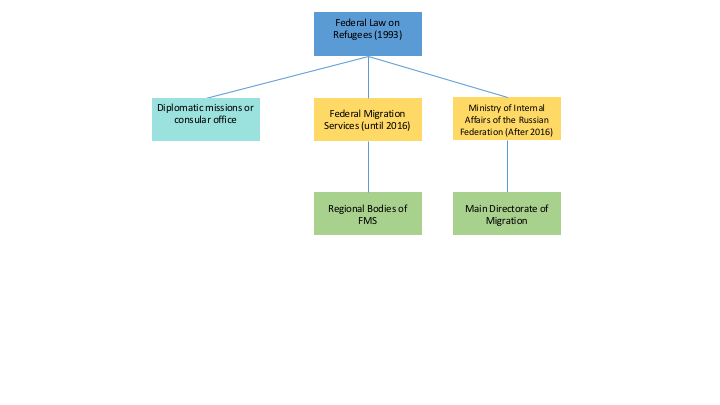 The Russian Federation’s refugee policy has been shifting since the country’s establishment in 1993. The Federal Law on Refugees, passed in 1993, is the main legislation for refugees and asylum seekers and dictates how refugees are accepted and resettled. According to this law, any person applying for refugee status must be eighteen years or older. He or she may apply personally through a diplomatic mission or consular office, or at a checkpoint on the border. However, if this person enters Russia illegally, he or she must apply for refugee status within 24 hours of entering the country. There are 2 stages of applying for refugee status:

First Stage: The first stage the refugee application process consists of a preliminary examination of the application, followed by an examination based on merits to ensure that the conditions exist to allow this person to qualify as a refugee. During this stage, applicants receive the right to an interpreter, a lump sum (less than 100 rubles each) for each family member, temporary housing accommodation, access to food and medical aid, and vocational training and job placement. This first stage usually takes about one month.

Second Stage: The second stage is a fact check of the information given by the applicants, a background check, and a review of their entrance into Russia. Those who make it past this second stage receive a certificate of refugee status that replaces their original forms of identification. This certificate is the only identification recognized by authorities.

Recognized refugees are given many rights, such as:

Refugees, however, are not guaranteed protection from refoulement under the 1997 amendment to the Law on Refugees. This amendment also makes it difficult for refugees to move within Russia, as they have to de-register with local authorities of their current community and re-register into the community they plan to move to. This amendment has no non-discrimination policy and does not offer the right to information or access to the application procedure.

Those denied refugee status but allowed to remain in Russia for humanitarian reasons may apply for asylum. They file an application with regional bodies of Federal Migration Service (up to 2016). If accepted, those granted asylum are issued a certificate and are allowed to remain in Russia for one year, though asylum can be renewed annually. Asylum seekers need to meet certain health requirements in order to be accepted. This process can take up to 3 months, however, many wait several years for a decision to be made[ii].

Due to the flow of refugees from the Ukraine since the conflict there, the “Regulation on Granting Temporary Asylum for Citizens of Ukraine in the Territory of the Russian Federation through Simplified Procedure” and the “Provisional Simplified Rules for Granting Temporary Asylum in the Territory of the Russian Federation for Citizens of Ukraine and Stateless Persons” were passed in 2014. These regulations made it easier for Ukrainians to apply for asylum in Russia[iii].

The Presidential Decree of April 5, 2016, number 156, abolished the FMS. Jurisdiction over migration and refugees was passed to the Main Directorate of Migration of the Ministry of Internal Affairs of the Russian Federation.

Established: The Civic Assistance Committee was established in 1990. It was the first non-governmental organization formed to help refugees.

Funding: The CAC is financed by United Nations High Commissioner for Refugees since 1998, by Humanitarian Aid and Civil Protection European Commission, and by several Russian and foreign organizations and foundations, and periodically by several different companies.

Responsibilities and Functions: The CAC provides refugees with humanitarian aid, offer legal aid, advocate for their interests, and help them receive social benefits.

Established: The International Organization for Migration was established in 1951.

Responsibilities and Functions: The IOM helps relocate refugees in Russia to the United States and Canada.